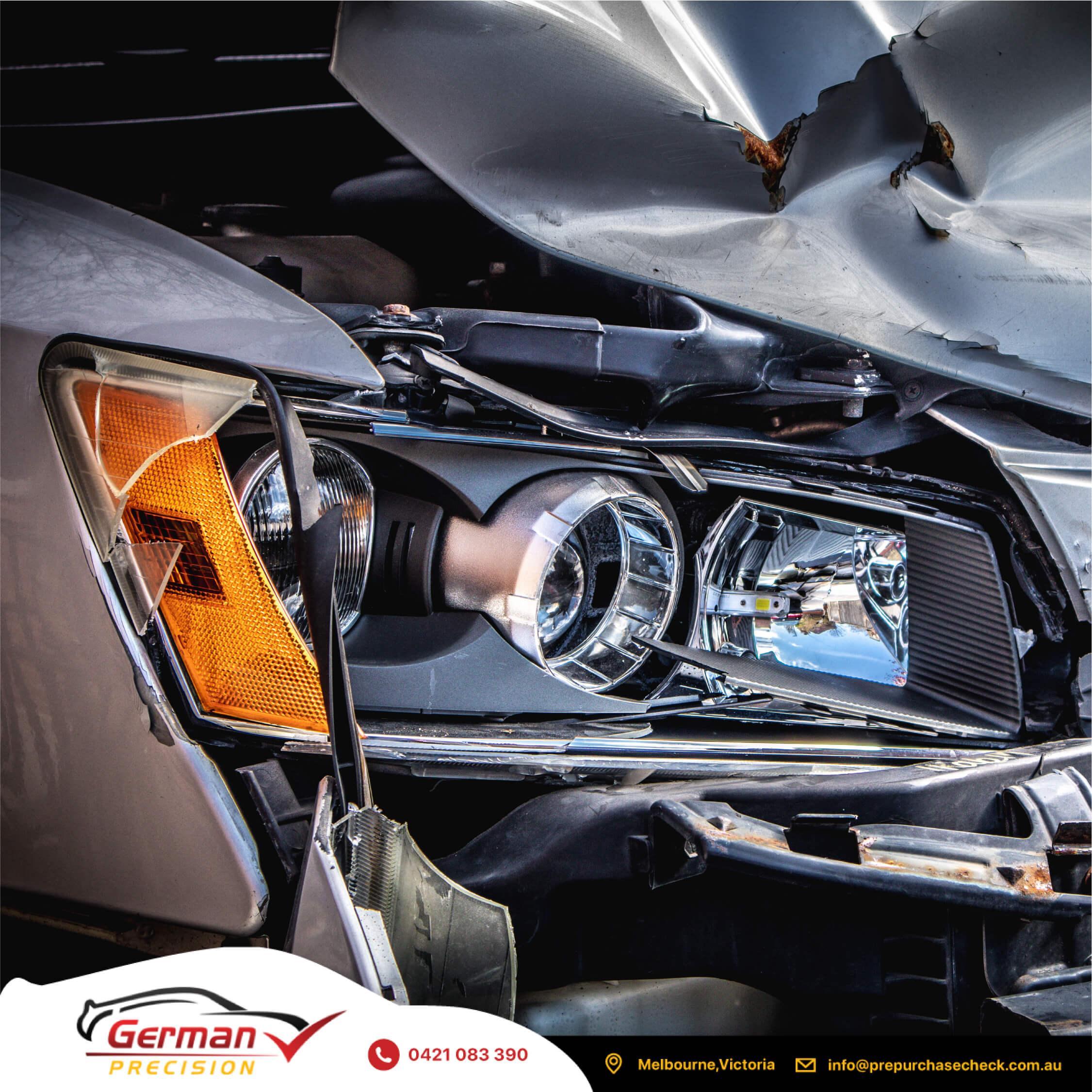 Imagine finding the perfect used car. It has everything, it’s a perfect model, the right model year, and has all of the amenities you wanted in its interior and exterior package. The price is just what you’re looking for as well. The car is technically sound but has issues that make it a dangerous proposition to buy. There are multiple instances of major collisions, and the seller was forced to sell the car due to them.

Some accidents don’t cause major physical damage, like a broken door or missing panels. You can figure out if the car has been written off by taking it for a pre purchase car inspection with German Precision.

These damaged cars are often sold at a heavily reduced price, meaning you’re paying much less for the same model. But there’s a risk with that because sometimes the car will be in such bad shape that it costs as much as you paid for the car to get it back on road.

If you’re the kind of used car buyer that cringes when they hear the word “accident” then maybe a used car that’s been in one just isn’t for you. But being open-minded when purchasing a used car can be helpful.

It would appear, from some research studies, that many cars on the road today have sustained some sort of damage. This means that many cars are on the road and have been in a scuffle at some point or another. Furthermore, some vehicles had an airbag deployment too.

Buying a used car that’s been in an accident can save you money, though you should expect to pay less for a used car.

The general rule is that a car that has been involved in an accident is worth 60 per cent of similar models that have never been in an accident. You’ll be saving money, but the risks are still there. Furthermore, if you considering buying a used car that has been in an accident. Make sure to take it for a  pre purchase car inspection to confirm the repair status of the vehicle, that whoever did repairs on it did a good job, and whether there is any additional work that needs to be done. Remember, in many cases, sellers do not disclose damage or even if WRITTEN OFF.

The major reason to avoid a used car that has been in an accident. Because some accidents cause long-lasting damage. Furthermore, the additional damage could lead to other problems down the road even if repaired. Repair quality is not always perfect. It’s tough to repair a car after it has been in an accident. Some shops take the time and care necessary to fix the cars their customers have brought them, but some focus less on quality and more on getting them “fixed” as quickly as possible.

When buying a used car that has been in an accident, there are several things to keep in mind. There are two types of accidents – what we can call “damaged beauties” and ” damaged lemons”. Sometimes, you can’t tell which category your car falls under until it’s taken for a  vehicle inspection.

At a point, you’ve already purchased the car, and then knowing that it had been involved in a major accident and needed to be repaired. You can’t return it. You may be left with a large bill or one which is surprisingly small.

It’s important to take stock of what is damaged on the car before you buy it, from exterior panels to the motor or wheels and suspension. It’s also important to know who fixed the car. not all car mechanics do good work. Make sure you get the name of the repair shop that fixed the car and get an understanding of the kind of work they do.

To prevent buying a “damaged lemon” car, it’s best to have it inspected by a professional pre purchase car inspection.

Things you should know about German Precision: