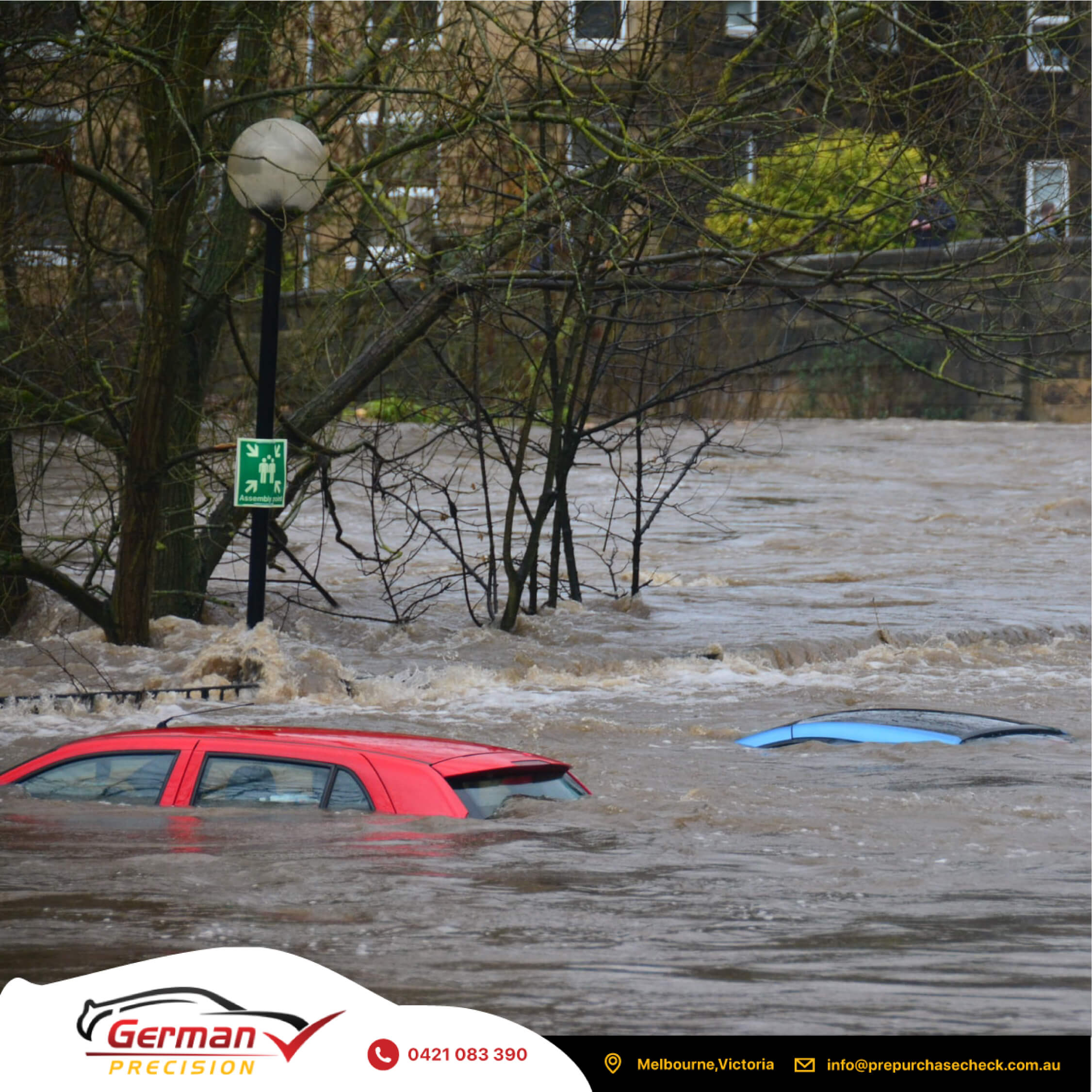 Thousands of cars have been affected by the recent floods in NSW, Queensland, and even in Victoria. Many of these flood-damaged cars will be cleaned up to hide the damage and sold. These cars might be shipped off to other parts of the country, where there is a lower chance of flooding. But often to vehicle repair businesses to repair and resell. Buyers from less prone locations to this problem might not even know about it.

There are many cars damaged by these floods, and those without full insurance claims are the real danger to buyers. “Cars that were previously uninsured or underinsured will be cleaned up and put back on the market to sell,” Mr. Scognamiglio said. Even the cars that are insured and ‘written off’ by insurance companies, will either be sold as STATUTORY WRITE-OFFS (can never be registered again but only sold as parts or private property cars), or REPAIRABLE WRITE-OFFS, that may end up in all parts of the country, to be resold, in many cases without due disclosure, to unsuspecting buyers.

What do you need to know about Flood-damaged cars?

Flood-damaged cars are a danger to consumers, with the possibility of having defects in their electrical system. Nearly every system in the car and components that control the brakes, doors can be affected by this. These scams pose a real threat to people’s wallets and safety. A lot of these electrical/trim/residual moisture problems may be sporadic or infrequent, and be frustrating due to their nature and characteristics.

“You may not be able to see signs of rust or corrosion in flood-damaged cars for up to six months. Sellers have a window of opportunity to sell these cars to unsuspecting buyers, including dealers.” Royal Automobile Club of Queensland said.

The diligent cleaning will remove most evidence of recent flood damage, and buyers should conduct a proper pre-purchase car inspections.

Spokesman Steve Spalding said that “One thing I remember after a previous flood was a late model Mercedes for sale that had been cleaned and detailed immaculately. The clue was in the glove compartment, which the buyer had skipped over. It showed how deep the particular car has been submerged under water by a mud tide-mark.”

Tips on how to spot flood-damaged car

Flood-damaged cars are usually written off and only re-enter the market illegally in rebirthing schemes. In order to make sure that the car you are buying is not flood-damaged, it is always a good idea to carry out registration and inspect the car before making the purchase. So what should you be looking for? Here are some of the most common signs of a flood-damaged car:

Lastly, some buyers are worried about purchasing a car that has been damaged by flood. So if you’re planning to buy a used car, we recommend you over the next six months to carefully inspect used cars by looking in depth at its physical condition and their official history. Or you can take it for a professional pre-purchase car inspection to make sure it is professionally inspected.

To help Australians navigate these complexities specially during these times, German Precision offers an inspection service to assist you in identifying if the car in question has been involved in a flood/accident. As part of the car inspection, we take pride in reporting minor/major damaged areas and signs of prior flood or repairs. We can focus on details and make sure that each car is not considered a flood-damaged car.

One thought on “Beware of flood-damaged cars”