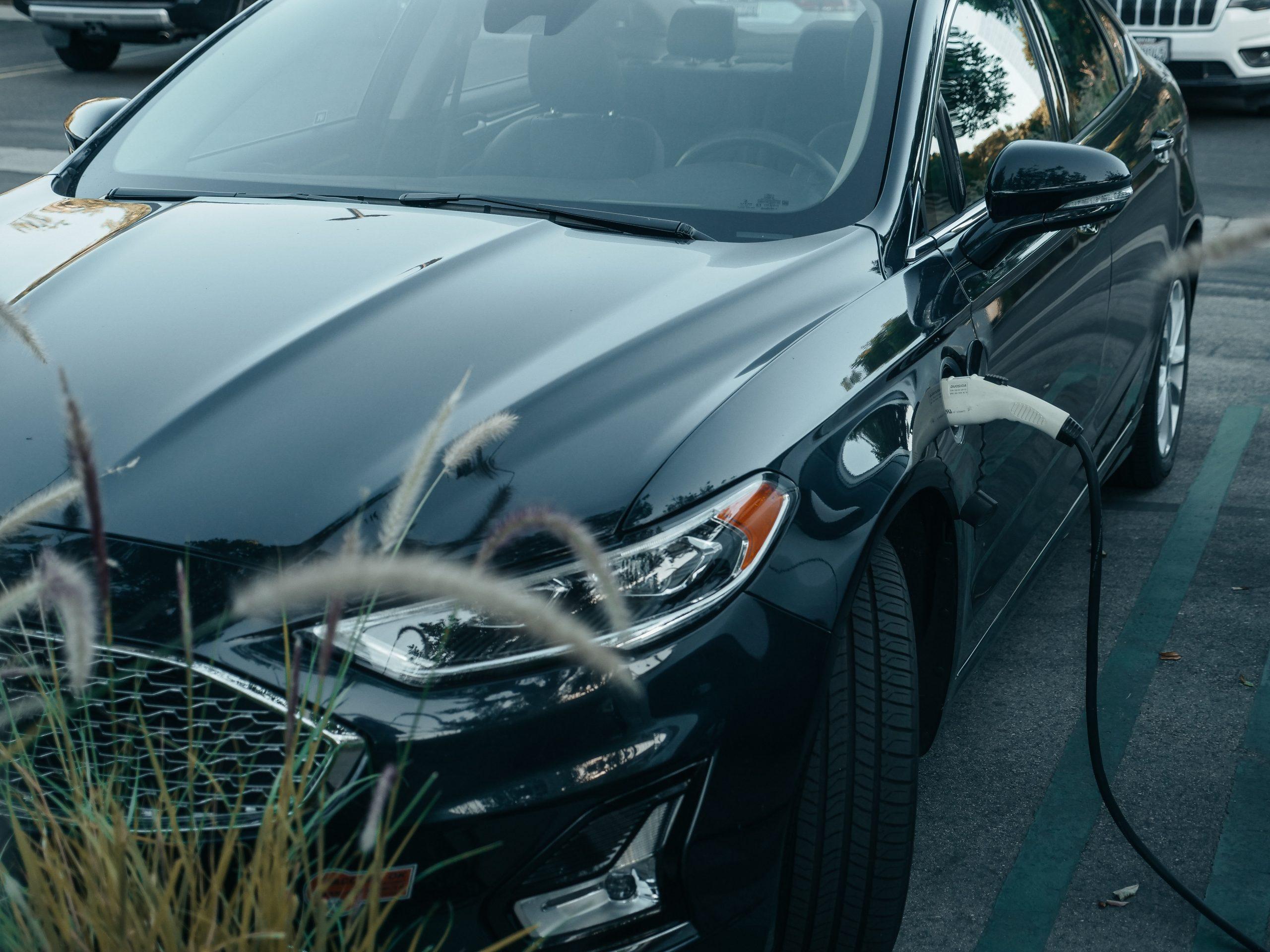 Hybrid (and plug-in hybrid PHEV) cars are becoming more and more popular as petrol prices continue to rise. Hybrid cars combine the best parts of traditional petrol/diesel-powered cars and electric cars. They are able to power their engines with a combination of petrol and electricity, providing ample power while using less fuel than a normal car. Consequently, hybrid car usage can significantly reduce your weekly costs related to driving. In this article, we will take you through what you need to know when buying a used hybrid car in Australia.

Is it worth buying a hybrid car in Australia?

Additionally, hybrid cars are some of the most reliable vehicles on the road, so you can expect to spend less on maintenance as well. Hybrid cars also have lower emissions than standard cars. Therefore, hybrid cars are kinder to the environment, which is especially important in Australia, since for so long, Australia has set lower emissions standards than the rest of the world, and we don’t want to be seen as a emissions unfriendly ‘backwater’. Hybrid cars also have unique features that you won’t find in non-hybrid vehicles. For example, many hybrid models offer all-wheel drive (AWD), which is great for driving in all weather conditions. Hybrid cars also often come with tons of amazing technology features, such as built-in navigation, smartphone integration, and Wi-Fi hotspots.

What is the downside of a hybrid car?

Hybrid cars are an excellent choice for eco-friendly drivers. However, they do have a few disadvantages. For example:

What is the biggest problem with hybrid cars?

While hybrid cars are incredibly efficient, they are also very complicated. This is because hybrid cars combine two different types of technology.

First, hybrid cars have an internal combustion engine like normal cars. They also have an electric motor, which is used primarily for powering the car’s onboard electrical drive systems. Unfortunately, the combination of two different technologies can lead to issues and higher maintenance. This is because the two technologies often create friction with each other. The result is often electrical short circuits in power supplies or drive units or stalled engines. This complexity can make maintaining hybrid cars more expensive in the long term. As hybrid cars are highly technical, you may need to be prepared to spend more money on maintenance than normal cars. In particular, the battery packs age, lose ‘useable capacity’ and may have individual cells fail, so budget for battery pack repairs/replacement after about 8 years.

Is a hybrid car better than an electric car?

In this case, hybrid cars are definitely better than electric cars. This is because hybrid cars are a combination of both traditional gasoline engines and electrical power. Hybrid cars can switch seamlessly between gas and electricity to get the best performance from both sources. ‘Range anxiety’ is not something you will have with hybrid cars, as the petrol engine will always be available, even if the battery power is low, and admittedly the driving range of hybrid vehicles will be lower anyway.

A pure electric vehicle, on the other hand, is only powered by an electrical motor. This means the electric car will struggle with heavy loads, such as towing. Electric cars are also limited by their short driving range, which, whilst it is constantly improving with each new model and manufacturer, is about 350-650 km per charge. Hybrid cars solve all of these issues by drawing on the power of both petrol and electricity. Hybrid cars can travel further distances than pure electric vehicles.

How to Choose a Good Used Hybrid Car

If you are searching for a used hybrid car, there are a few things you should keep an eye out for.

First, inspect the engine. The engine is the heart of any vehicle, and hybrid engines are especially complicated. Make sure the engine of the hybrid car you are considering has been maintained well.

You should also check the hybrid car’s battery. The battery powers the car’s electric motor. Hybrid batteries are fairly expensive to replace, so make sure the battery is in good shape. Make sure your inspector checks the battery pack/cell condition and the ‘useable battery capacity. Simply scanning the fault codes of the car’s electrical systems and even having ‘no faults logged’ does not mean that the battery or electrical drive unit has been assessed.

The following images are an example from the battery pack test/useable battery capacity screens in our report: 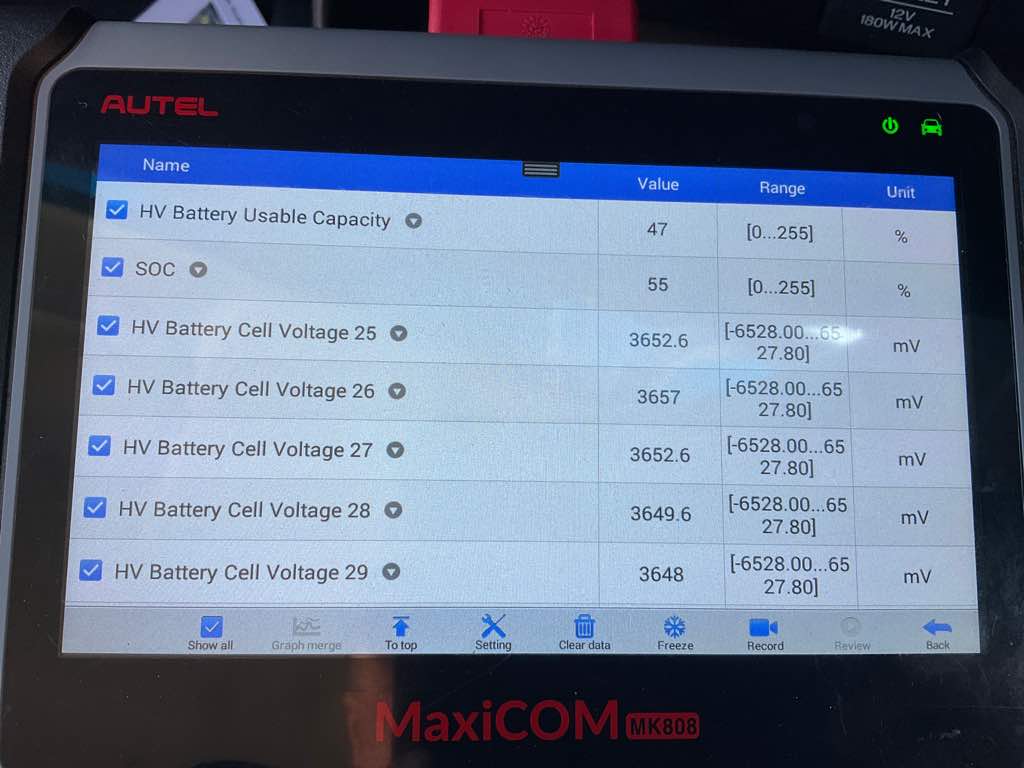 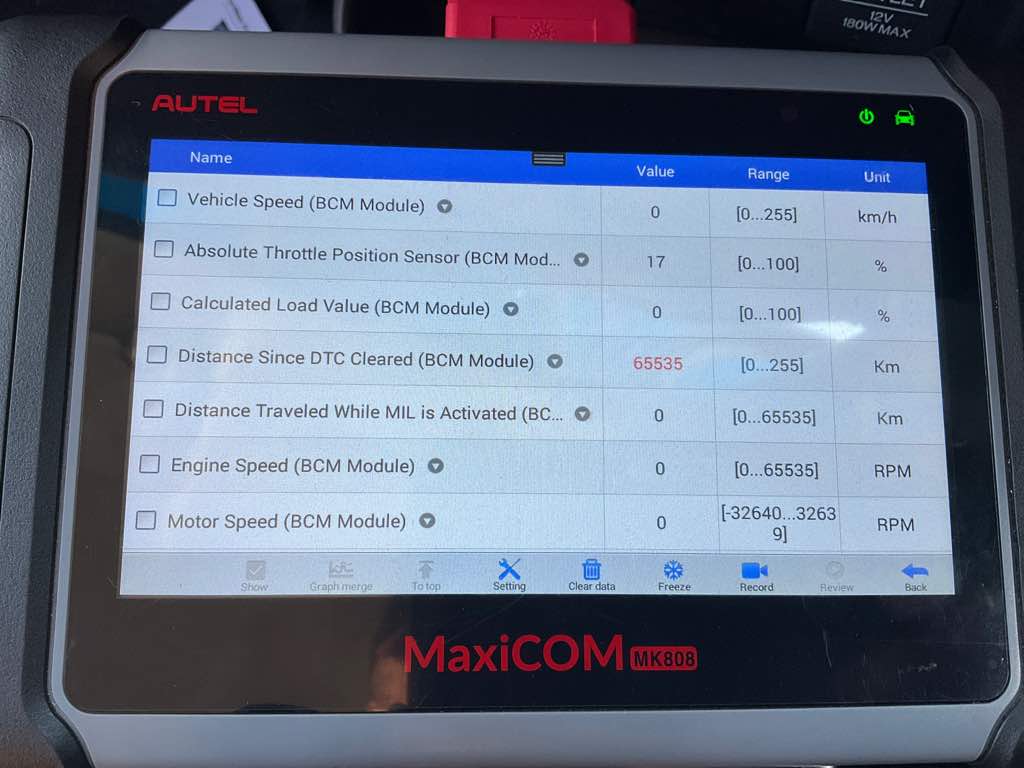 Finally, make sure the hybrid car’s interior has been properly maintained. The hybrid battery is located in the rear or under the car’s seats. Make sure there are no obstructions or dirt/lint at air inlets near seats as this can cause reduced cooling air intake, overheating of the battery and reduced battery life.

Being certified by Bosch Academy for Hybrid and Electric Vehicle systems means that we are trusted for running an inspection for hybrid and electric vehicles system.