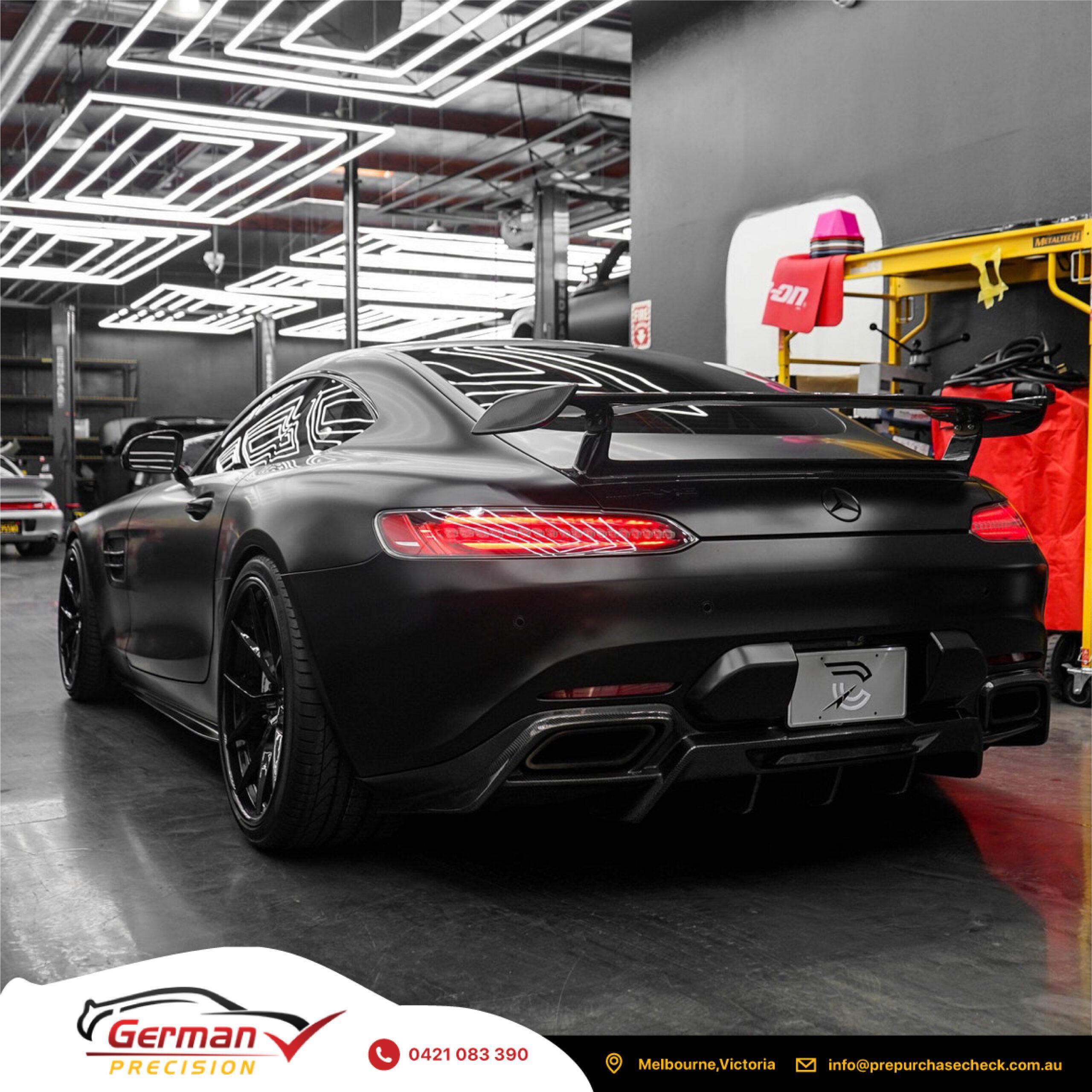 The rise of used car prices during the pandemic is still due in 2022. As people turn to near-new purchases with the supply chain bottleneck due to months of waiting for new cars.

National motoring editor Joshua Dowling said: “The shortage of new cars available resulted in the price for used cars to increase. With buyers facing “not uncommon” delivery times of 3 to 6 months. The new car shortage, expected to last long and set to continue until 2022”.

The reason for the increase in used car prices

Supply Chain: The global supply chain was affected when the pandemic outbreak started, making cars logistics shaky. The shortage of containers and the competition for cargo space has led to long delivery times.

Modern cars consist of many components. These modern cars rely on an intricate global dance. The parts of the car are being manufactured in one country and then shipped to another. This is the reason for shipment delay on new cars.

Due to supply chain issues, the used cars market is booming. This means it has become harder for people to navigate the market. Used cars are in higher demand than ever before. And people are turning to them more because they want to choose a car that is sustainable.

Chip Shortage: carmakers are competing with each other for chips. The chip shortage means there is a lot of competition even with other industries for these components. Modern cars can have more than 1,000 chips for control of everything from mirrors to airbags and tyre pressure gauges.

When the pandemic first struck, cars companies cancelled orders they had placed for Chips. However, after the global economy bounced back more strongly than anticipated, car companies who waited to pick up their old orders found they were waiting at the back of the queue.

Chips are also in high demand for other industries like the medical industry and the computer industries.

Since the car companies are very good at keeping the prices they pay down, the Suppliers are now in turn making money from non-vehicle orders.

In response to Covid and long delivery times, many people have turned to the used car market. With the demand for used cars outweighing the availability of them, the seller’s market has developed.

When will it end?

“That’s the important question, “When will it end?”  and It keeps getting pushed out,” says James Voortman, chief executive of the Australian Automotive Dealers Association.

“Some manufacturers said that they’re hopeful the shortage of chips will start to improve by the middle of this year 2022.”. As the global supply chain straighten out

What you should know before buying a used car

A new survey found that 20% of people who purchased a used car did not have a positive experience. Here is the reason why :

In spite of the average Australian spending 22 hours doing the research before buying a used car privately, 4 out of 5 people still experienced some level of confusion. In addition, many of those who purchased through a private seller had to pay additional costs. This additional payment includes necessary mechanical repairs after purchase or additional registration fees due to where you live.

A lot of Australians worry about a car’s warranty when buying a used car. Many others were also concerned that they had bought ‘a lemon’ and questioned if they were getting a good deal, or if the seller was trustworthy.

Many Australians also struggled with the technical aspects of inspecting cars and would rely on appearance or trust the seller’s word. In the assessment phase of buying a used car, many Australians missed key steps such as not organising a mechanical inspection or reviewing the car’s logbook. In addition to this, they didn’t check if the cars had been in any accidents before or had ‘repairable writeoff history’.

To help Australians navigate these complexities and more, German Precision offers a technical service to inspect your potential car prior to purchase. As part of the car inspection, we take pride in reporting minor/major damaged areas and signs of prior repairs. We can focus on details and make sure that each car is not considered a crashworthy one. 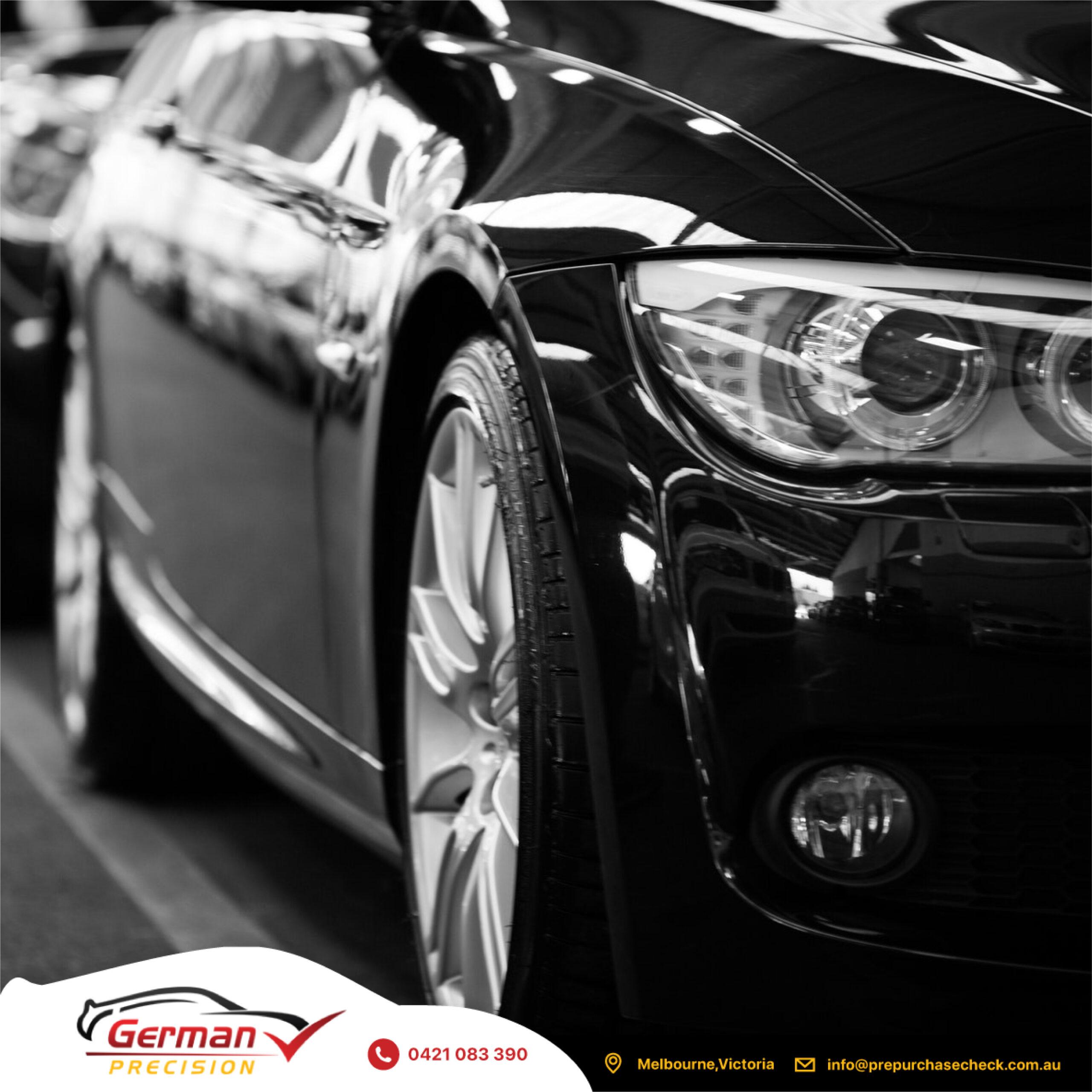 A slew of unforeseen setbacks has put a halt to new car delays for deliveries across Australia, raising the risk of price hikes. The semiconductor shortage has received most of the blame so far. But there are two other major variables that will make it difficult to find a bargain in the near future.

We have been in the automotive industry since 1984, ranging from apprentice to master technician, workshop foreman, controller, service advisor, and service manager, in numerous premium vehicle businesses. We have built a level of loyalty that in the 21st Century is vital. After all, customer service and care is a point of difference.

We hope we are able to help you out with your needs. Our business is also known as Prepurchase Check.

Because of two new supply chain vulnerabilities unique to Australia, high-ranking automotive industry insiders have warned that the waiting time for a new car will not improve until the second half of 2022.

The next battleground – and bottleneck – for getting new cars into local dealerships and onto consumer driveways is shipping.

According to automotive logistics experts, the number of car-carrying freighters arriving in Australia has halved since the global pandemic began. As a number of shipping companies try to avoid long quarantine waits due to crew COVID outbreaks or agriculture breaches such as stink bugs – and ships are having to be reconfigured to meet our changing taste in cars.

The cost of available space on car-carrying ships destined for Australia has increased, owing to a shortage of frequency as well as the types of vehicles we are purchasing.

The shift toward larger vehicles such as utes, four-wheel-drives, and – in specially – vans has put unexpected and unprecedented strain on ships delivering cars to Australia.

Demand for high-roof vans in Australia has more than doubled as a result of the pandemic’s quick surge in online sales – and the subsequent spike in parcel deliveries.

While some car-carrying ships have flexible decks to accommodate larger vehicles, high-roof vans and other large vehicles waste space above them, making transportation less efficient and costly.

“High-roof vans are long and tall and, in round numbers, take up the equivalent space of two or three passenger cars, and the shipping companies charge for that,” said one automotive industry insider, who estimated vehicle shipping costs had risen from $1200 to $1600 for a ute or SUV, and from $2100 to $3900 for a long-wheelbase high-roof van.

An added complication is that foreign transportation is usually paid for in US dollars, therefore Australian vehicle importers must factor in currency exchange rates when determining drive-away charges.

“Cost is one barrier, now finding space on a ship is increasingly becoming a concern,” said the industry insider.

Most car-carrying shipping decks, according to the logistics expert, are divided into three height categories: below 2 meters, below 2.5 meters, and over 2.5 meters. The latter type includes high-roof vans and other large vehicles.
Industry insiders say car companies are prioritizing passenger cars, SUVs, and utes that fall under the 2-meter limit because those vehicles are in the highest demand and, due to their vast numbers, deliver the most overall profit.

Larger cars, such as high-roof vans and US pick-up trucks, are making their way onto car carriers heading for Australia, but ships aren’t running frequently enough to keep up with the present strong demand.

“There hasn’t been a new (car-carrying ship) built since COVID started, and most of the ships are only configured to carry a small proportion of larger vehicles,” said one logistics industry insider who spoke to Drive on the condition of anonymity because he is not authorized to speak to the media on behalf of his company.

“On average, there used to be at least four car-carrying ships docking in Australia each week – two would travel clockwise and two would travel anti-clockwise around the country dropping off cars at major ports,” one industry insider explained.

“Now, on average, only around two (car-carrying ships) arrive in Australia per week because (some) shipping companies don’t want to risk being quarantined off the coast if a crew member has COVID, or don’t want to reconfigure their ships and hence can’t run as efficiently.”

Shortage of The Vehicle Storage

Another significant evidence of Australia’s continued new-car stock shortfall is the fact that vehicle storage facilities are now at less than 30% full across the country.

While most auto firms are held hostage by shipping lines, Hyundai-Kia, a South Korean conglomerate, is generally immune to this problem because it builds its own ships and operates its own vehicle-carrying freighters under the GLOVIS brand.

Hyundai and Kia are still experiencing chronic stock shortages and lengthy delivery delays, but this is mostly due to the worldwide semiconductor crisis that has plagued the automotive sector for the past 12 months.

Toyota, the world’s largest manufacturer and Australia’s most popular brand, recently took the unprecedented step of apologizing to customers across the country, many of whom have been waiting for up to ten months to receive popular models.

The Australian Automotive Dealers Association (AADA) has apologized to customers in line and urged them to be patient amid the new-car shortage, which industry veterans think has not occurred since World War II.

“We are as frustrated as many of our customers are,” AADA CEO James Voortman said. “Unfortunately the current new-car shortage is beyond our control and we are doing our best to keep our customers updated, but unfortunately that information can change daily or weekly.

“Our advice to customers remains the same as it was at the beginning of this unprecedented shortage,” said Mr Voortman. “If you want to buy a new car, please place an order and get in the queue so when stock arrives we can get you into a new car as soon as possible.”

Upon this matter, buying used cars seems to be the option that is more essential for the people who want to buy a car.

The process of purchasing a used car has been revolutionized by online portals. It’s a lot easier now than it was in the ancient days, and finding the car you want is a lot easier. However, this does not imply that you should treat the purchasing procedure as a stroll in the park.

The ad won’t tell you everything you need to know about the car you’re considering. You’ll need to keep an eye out for certain less-obvious hazards. Doing a pre-purchase inspection check is therefore very important to ensure that if you are going to be spending more money in these difficult times, at least you are ensuring a quality purchase.

If you are looking for the best pre-purchase car inspector in Melbourne, do not hesitate to contact German Precision or Prepurchase Check today!